Kickstarter Funded in Just Over 24 Hours!

Wow what a day that was. We smashed through the funding goal around 25 hours after launch, leaving us all a bit stunned.
It would seem the done thing is to add stretch goals to the project. Now we’ve been working on the MeArm and MeBrain for a while now so we have features lined up that we hoped to include in later versions but it would seem that the iron is very much hot right now.

Going through the features and the budgets to achieve them we’ve come up with this list.

£7,500 – Stickers! Almost everyone gets a MeArm sticker, I love them, you love them, my daughter is crazy about them. Lets face it, I want stickers and this is a good way to get them. These will ship with every physical product. Thanks / Coffee backers will not get a sticker.

£10,000 – Hex Head Screws and Hex Key in the Box! Tools included. We switch from standard screws to hex head screws, they’re more expensive but with this sort of order we can bring them in at the sort of price we’re currently paying for screws. The Hex Key is a little more but it would make the kit better as a whole.

£20,000 – Wireless Support with XBEE Socket! Adding a socket to the board so you can add an XBEE or XRF module to add easy wireless control to the MeArm. Adds a bit to the bill of materials and manufacturing cost. Would be covered by the larger order. Solder pads for the Ciseco SRF module would also make sense!

£30,000 – Bluetooth Low Energy Support. This would add a socket for a Bluetooth module and fund the development of an Andriod App, we can also look at the iPhone app.

£50,000 – Raspberry Pi Support. With the Atmel Mega32u4 we should be able to interface successfully with the Pi. With pledges to this level we can cover the development for Raspberry Pi and do a proper job of it.

£100,000 – Potato Salad. We break £100,000 me and a bunch of MeArms make potato salad, film it and put it on youtube, I say the name of everybody who has backed the project (and wants their name read aloud) while making the potato salad.

Would be amazing to make any of these goals a reality.

So we’ve gone nuclear and launched the MeArm Kickstarter to fund the MeBrain, our Arduino-Compatible controller board for the MeArm.
It was a late night on Friday recording the video and it seems to have gone very well thanks to Ali Foroughi at the Studio.

We’re looking for £5000 to get the project into full swing. Check it out here!

There are some great things out there to build with your kids (I’m sure you’ve already ordered your Mirobot for Christmas!) and I thought it would be good to shine a light on a few of my favourites: 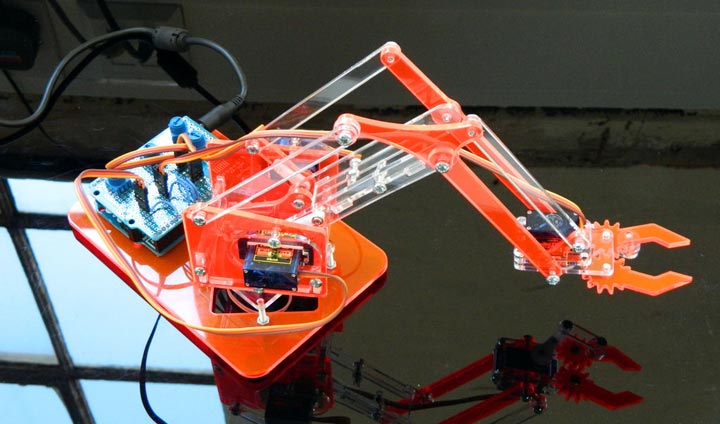 This is a great robotics kit produced by the guys over at Phenoptix. It’s well priced and lots of fun to use once you’ve built it (it’s also lots of fun to build of course). You’ll need an Arduino or the like to get it going but it’s all quite simply driven using servos.

Technology Will Save Us 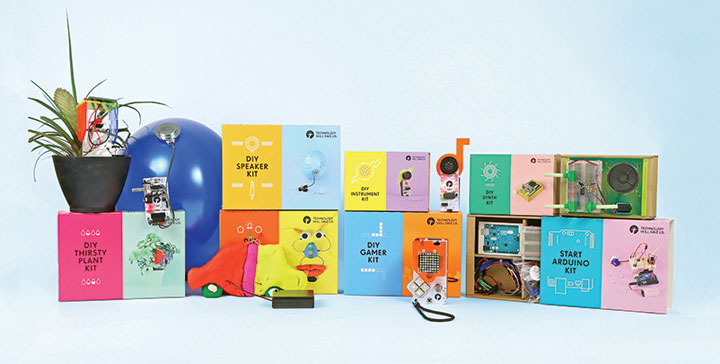 This one’s not a product but a company that make a whole load of amazing products. There’s a great variety of projects that suit a wide range of skill levels. Start with something like the Thirsty Plant Kit and work your way up to programming your own games with the DIY Gamer Kit. All of the kits play nicely with an Arduino so there’s lots of room for progression.

The Bare Conductive Touch Board 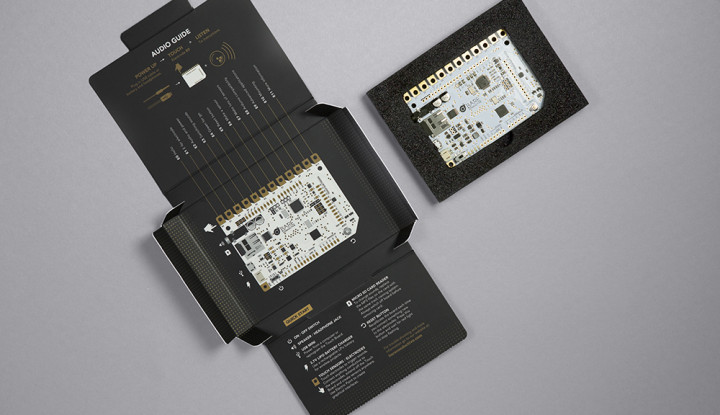 Bare conductive make a really cool type of conductive ink which means you can draw your own circuits on paper and then hook them up to the touch board do do all kinds of interesting things. The touch interactivity makes using this kit a lot of fun for kids. 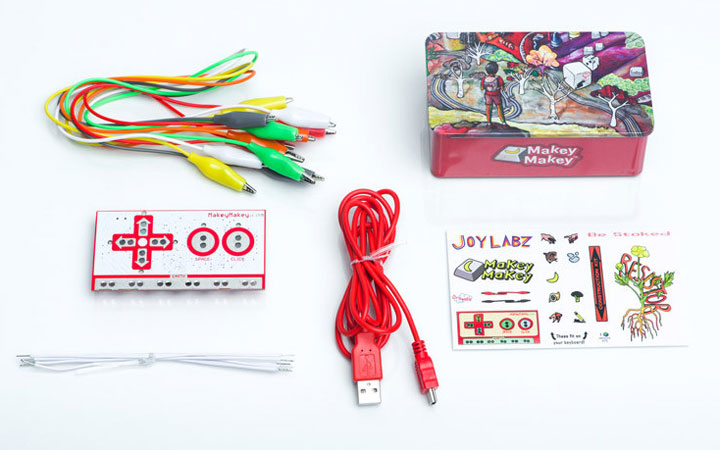 Similar in lots of ways to the touch board, including how much fun you can have with it. This board is designed to turn everyday objects into touch sensors that can be used to control games and anything else you can think of!

That’s it for this year - now you’ve got no excuse not to get stuck in to some fun hardware hacking with your nearest and dearest this Christmas. Hope it’s a good one!

One of the design goals of Mirobot is that it should be the starting point for learning more about technology, not the end point. The built-in user interface is really just designed for making a simple start with getting to use Mirobot and it’s always been my intention to make other ways of using Mirobot. Today I’m launching Mirobot Apps, which is an online repository for apps to use with your Mirobot.

All you need to do is get your Mirobot on your network, then enter its address to start using them. I’ll be integrating the apps more fully with the built-in application shortly so you can just click straight through. There are currently four apps, but there are a couple of really nice things about having apps online like this; it makes it really easy for me to push out new apps as and when I think of them and it also means that as the community make apps they can be put here too. There are currently four apps;

Blockly is a project that came out of Google which is a block-based programming language that’s very similar to Scratch. It’s got a lot more features than the basic built-in UI and lets you do things like procedures, variable, loops and lots of other things. It’s perfect when you want to take your programming skills past the basic control of Mirobot. Try it out here

This app lets you click on a virtual canvas to make Mirobot move and draw. You can then see what commands Mirobot was sent in order to help build your learning. Try it out here

This is a great app for younger users. It simply lets you control Mirobot through a remote control style interface (you can also use the arrow keys) which helps children think about how they might solve a particular problem. Try it out here

This is the basic UI that also comes on Mirobots. It’s here so you don’t have to update your Mirobot to get the latest features. Try it out here

If you want to develop your own apps, through the power of open source you can push them into this repository. See the contributor notes for more specific details, but all you need to do is fork the repository, add your app and then make a pull request back to get it included. I’ve got lots of ideas for new apps which I’ll be releasing over the coming months, but please let me know if you have any good ideas for apps you’d like to see.