I’ve spent most of this week developing the way in which Mirobot gets shipped to its users. After shipping out 25 of the Beta units to the relevant Kickstarter backers I wasn’t really satisfied with how it was packaged. It was error prone, with lots of pieces to pick and make sure are in every box. One of the pieces even arrived broken (which was probably by me as I closed up the lid). It all just felt a bit thrown in a box (well it was I guess!). 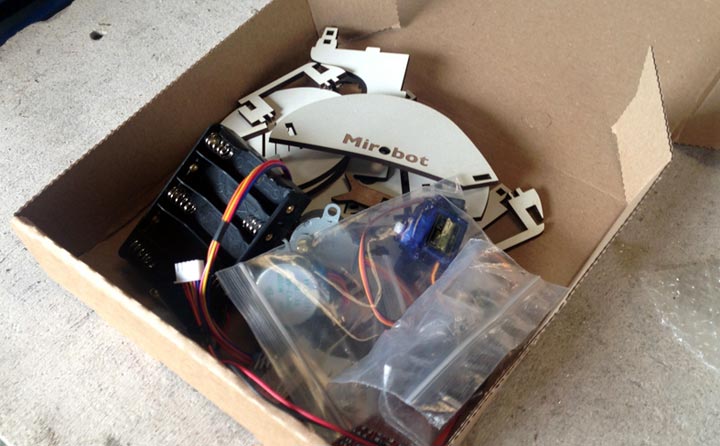 I had been playing around with the idea of cutting the parts out of a number of panels of MDF in a way that left them slightly attached to the surrounding MDF so they could be popped out. By also cutting out recesses for the large parts like the stepper motors and servo it means that they are well protected during transit and don’t rattle around. Here are the panels: 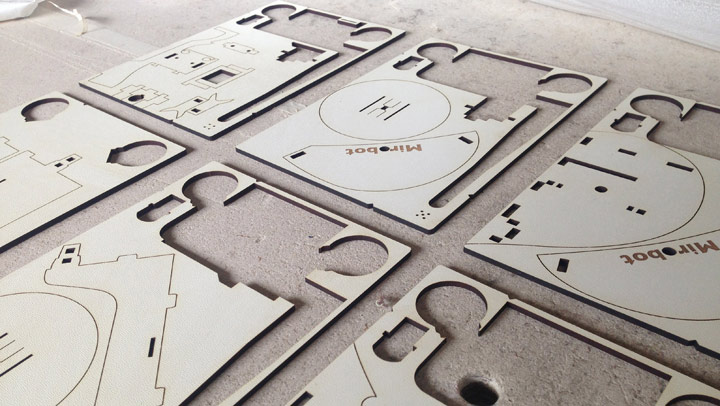 and here they are stacked up with the components inside:

The depth of the stepper motors means that it meeds a layer of padding on top to hold everything in place: 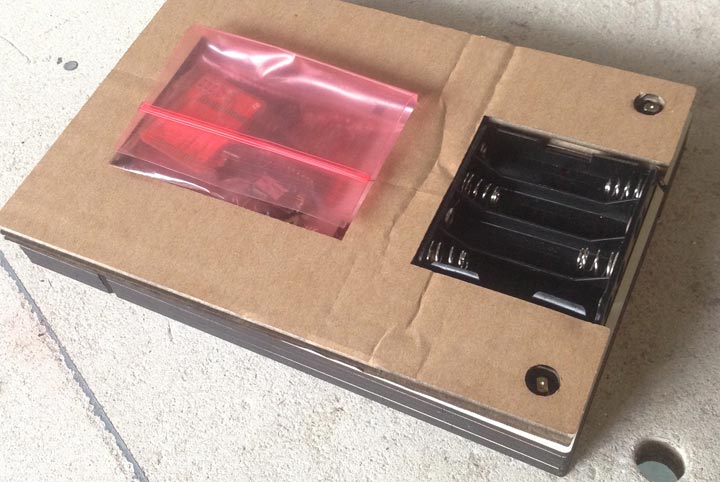 and then it can be put into a perfectly sized shipping box (pro-tip: pick the box before designing what goes in it!): 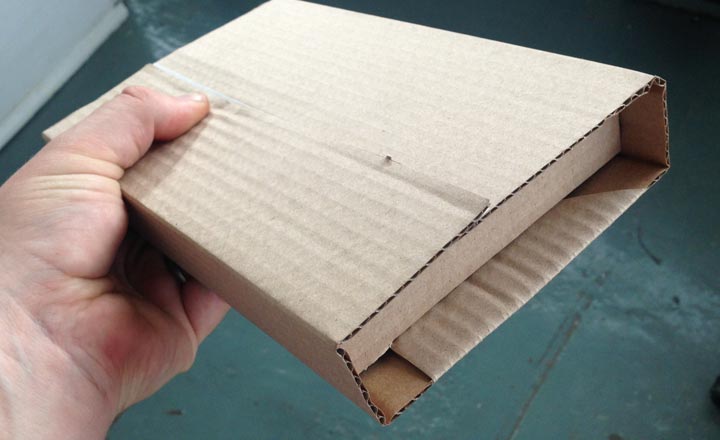 There are a few downsides to this method; the package weighs more, you use more MDF per robot and it takes longer to cut. However, it’s much quicker to clean and pack so that compensates somewhat. And the overall experience is much nicer. One question I haven’t answered yet is whether it needs a secondary box inside the packaging. Any feedback on this is appreciated!